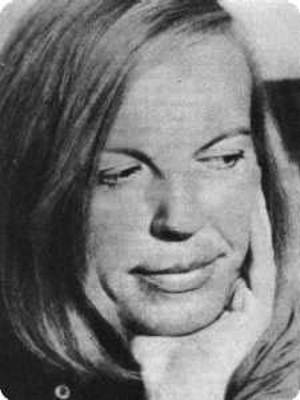 Bachmann was born in Klagenfurt, in the Austrian state of Carinthia, the daughter of a headmaster. She studied philosophy, psychology, German philology, and law at the universities of Innsbruck, Graz, and Vienna. In 1949, she received her Doctor of Philosophy from the University of Vienna with her dissertation titled "The Critical Reception of the Existential Philosophy of Martin Heidegger," her thesis adviser was Victor Kraft.

In 1953, she moved to Rome, Italy, where she spent the large part of the following years working on poems, essays and short stories as well as opera libretti in collaboration with Hans Werner Henze, which soon brought with them international fame and numerous awards. Her relationship with the Swiss author Max Frisch (1911–1991) bestowed the role of the second protagonist in Frisch's 1964 novel Mein Name sei Gantenbein upon her. His infidelity and the separation of the couple in 1962 had a deep impact on Bachmann.

Bachmann's work primarily focuses on themes like personal boundaries, establishment of the truth, and philosophy of language, the latter in the tradition of Austrian philosopher Ludwig Wittgenstein. Her doctoral dissertation expresses her growing disillusionment with Heidegerrian Existentialism, which was in part resolved through her growing interest in Wittgenstein, whose Tractatus Logico-Philosophicus significantly influenced her relationship to language.

Ingeborg Bachmann died in the Roman Sant' Eugenio hospital three weeks after a fire in her bedroom, on 17 October 1973. While according to the local police authority the blaze was induced by a lit cigarette, the real cause of her death remains unknown. She is buried at the Annabichl cemetery in Klagenfurt.