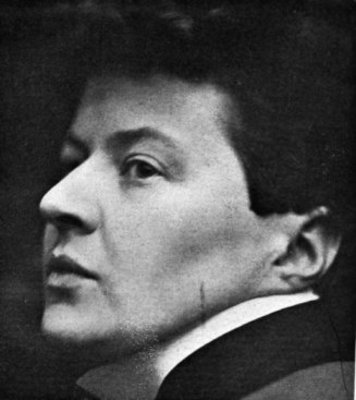 Sophie Hoechstetter was born on August 15, 1873 in Pappenheim, Germany. She and her five older siblings grew up in the atmosphere of their father’s apothecary business. Her family’s noble connections afforded her a decent education, and she was passionate about history. Her poetry and paintings were privately made and displayed, and they often reflected her familiarity with sickness and medicine as well as her hometown. She became remarkably well-educated, and was talented at playing the piano, violin, ocarina, and accordion*. She studied Latin and Italian, and became fluent in French, which she often composed in. Her sketches and paintings were often of plants and animals. While she was heavily influenced by the brilliance of Goethe, Darwin, Lord Byron, and other such men, she was a member of the women’s rights movement. She never married, but died of old age on April 4, 1943 in Dachau, with her lifelong friend Carola von Crailsheim nearby.

*The source said “Ziehharmonika”, which dict.cc said could have been an accordion or a concertina. I wasn’t sure.