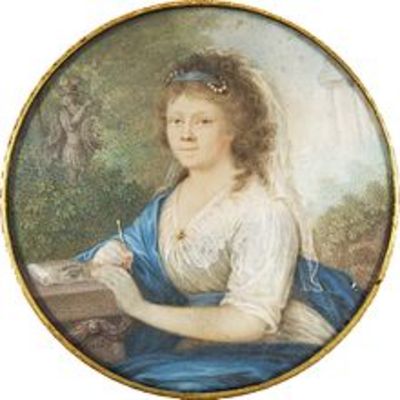 Anna Amalie von Imhoff was a German writer born in Weimar on August 16, 1776. She received drawing lessons from Johann Heinrich Meyer. Her visits to her uncle’s house enabled her to meet important scholars and artists. She wrote numerous poems anonymously or under various names. In 1803, Imhoff married Swedish Colonel Karl Gottfried von Helvig and followed him to Stockholm.

Due to health problems and marital difficulties, she and her children returned to Germany in 1810. She wrote in the Romantic style briefly as part of the Heidelberg Romantics Circle. Some years later she held literary salons in Berlin. Imhoff died in Verlin on December 17, 1831.