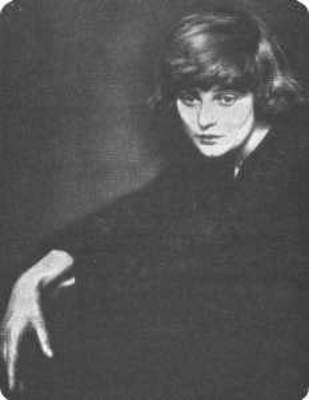 Emmy Hennings was born January 17, 1885 in Flensburg Germany. She was known for being a great performer and poet. She was married to the leader of the Dadaist movement Hugo Ball. However, She was already known before she met Ball in 1913 though. She was already a published poet in two publications called the Pan and die Aktion. Both Ball and Hennings helped to found the Cabaret Voltaire, a famous nightclub in Zurich, which was the beginning of the Dada movement mentioned above.

The two had no children together during their marriage, though Hennings did have a child from a former relationship, a daughter named AnneMarie. Hennings later left the Dadaist movement and converted to Catholicism in which they invested much time into. Hennings died August 10, 1948 in Switzerland.