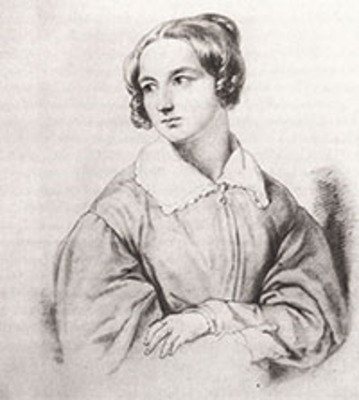 Luise Hensel was a German religious author and poet born in Linum on March 30, 1798. After her father’s death in 1809, she and her mother moved to Berlin where she joined the Catholic Church. She was the object of affection for authors Clemens Brentano and Wilhelm Müller, composer Ludwig Berger, and casual friend Ludwig von Gerlach.

Luise left Berlin in 1819 and entered into the service of princess Mimi Salm-Reifferscheidt-Krautheim while passing through Münster, and eventually to Düsseldorf. While in Münster she grew stronger in her religious convictions as a result of her interaction with religious teacher Bernhard Overberg. This change led to her taking a vow of virginity on March 6, 1820. Luise worked as a teacher in Sondermühlen from 1821-1823. From 1827 onward, she led a life of pilgrimage. She taught and remained strong in her convictions. She wrote many religious works before her death in Paderborn on December 18, 1876.