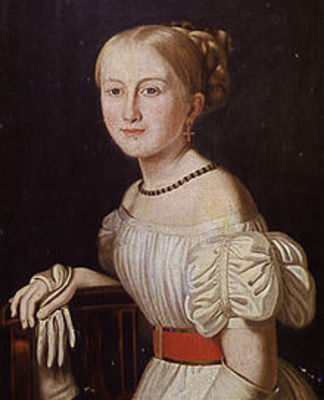 Emilie von Binzer (Emilie Henriette Adelaide of Gerschau) was a writer born on April 6, 1801 in Berlin. Her parents were Peter Baron Gerschau and Henriette Friederike Caroline Schmidt. Emilie was raised by her aunt, the Duchess Hof Wilhelmine of Sagan. It was there that she also received her education.

She met and married August Daniel of Binzer in 1822 and travelled with him to Venice, Cologne, Leipzig, Augsburg, and finally Vienna in 1845. Together they had five children. While in Vienna, she led a salon where artists, writers, and politicians appeared. Two years later they built a house in Altaussee and lived in Klammstraße during the off-season.

Emilie wrote several works which appeared at the Burgtheater in Vienna. After her husband’s death she moved in with one of her sons in Munich and died on February 9, 1891.