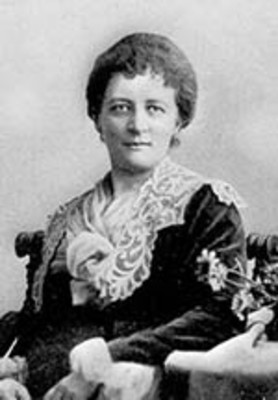 Lily Braun was born on July 2, 1865 in Halberstadt, Germany as Amalie von Kretschmann. Her father was General Hans von Kretschmann and her grandmother was Baroness Jenny von Sustedt, who was the illegitimate daughter of Napoleon Bonaparte’s brother, Jérôme. Lily Braun became involved with the Sozialdemokratische Partei Deutschlands (SPD) when she married to Georg von Gizycki, a professor of philosophy. He eventually died, and in 1896 she then married Heinrich Braun, who was a publicist and a politician. When Lily Braun joined the SPD, she became a leader of the German feminist movement. She believed that women should be themselves and not be only regarded as future wives and mothers. She fought for economic freedom for women as well as the abolition of legal marriage. From 1901 until the end of her life, she wrote twelve literary works, the vast majority dealing with feminism and socialism. Later in her life she fell ill and after a long period of sickness she died on August 8, 1916 in Berlin, Germany. She had no known children.