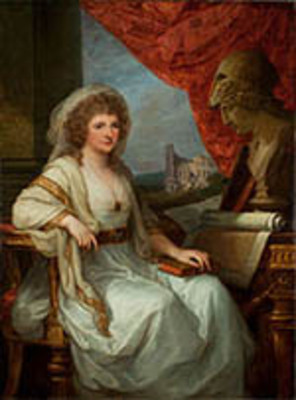 Anna Amalie von Sachsen-Weimar-Eisenach was Duchess of a large part of central-eastern Germany during the mid to late 1700s. She was born to royalty in the Braunschweig-Wolfenbüttel area and married into the royal line of Saxony, a prominent fiefdom in Germany. When her husband died in 1758, she became Regent of the area, until her oldest son, Karl, came of age. During her life she was a great patron of the arts and she also wrote several pieces, including the play we have on this site.