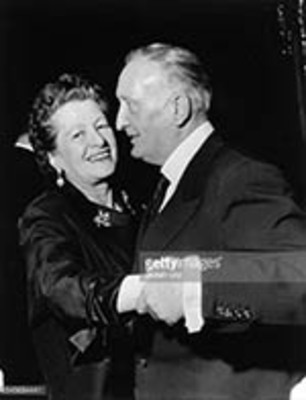 Hansi Burg, daugher of the already established actor Eugen Burg, grew up in Berlin and began her stage career in 1917. Whilst performed in the Trianon-Theater in the early 1920s, she received offers to take roles in film productions.

Burg and Albers moved in together shortly after Burg began her career as a film actress, where they lived togerther as a couple. However, during Albers' bigger years as a film star Burg moved back to her own living quarters, and the couple were only seen together as friends and colleagues.

As the Nazis came to power in 1933 the Christian-Jewish couple were heavily watched, and Albers, in an official letter to Joseph Goebbels, declared an official separation from Burg, a Jew. It appears that she then married the Norwegian Erich Blydt. However, in 1946, after spending some time in England, she returned to Germany and continued her relationship with Albers until his death in 1960.