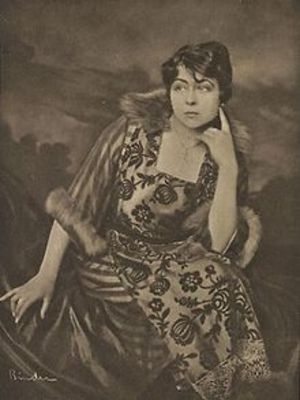 Esther Carena was a German actress and costume designer. She had a varied education as the daugher of a German father and a Spanish mother, she then studied a semester of medicine and received some tuition in Italian acrobatics. She lived most of her life until 1916 in Italy.

She was discovered by film director Nils Chrisander in 1916 as she came to Germany for work, where she then made her way as a silent film actress. In 1924 she married Franz Schroedter and moved into a backseat life, out of the spotlight.