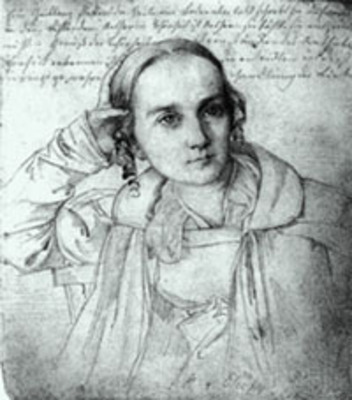 Helmine von Chézy was born in 1783 in Berlin. She was raised by her grandmother, and started writing poetry at 14. She married at 16 and divorced at 17, then moved to Paris to work for a newspaper. There in 1805 she married Antoine-Léonard de Chézy, whom she divorced two children and five years later. After her second divorce, she moved back to Germany and after some city-hopping, settled in Dresden, where she lived until the support checks stopped coming from Paris (when Antoine-Léonard de Chézy died). Then she moved in with her son Max in Munich, where she lived until his death in 1846. She then moved to Geneva after being denied any sort of journalist work she applied for. She died in 1856.