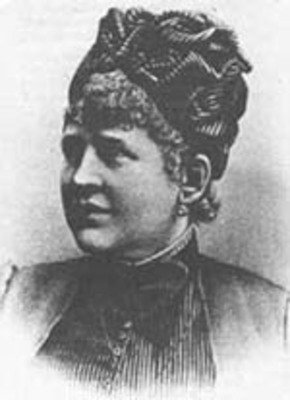 Born in 1839, Christen was the daughter of a merchant. Her father suffered from the effects of imprisonment for his part in the 1848 revolution and died young. His death left the family in financial distress. To help the family, Christen sold flowers and sewed gloves. At age 15, she joined a traveling theatre group. Christen married a Hungarian, Siegmund von Neupaur, official in 1864. Her only child died in 1866 and her husband also died in 1868. Living in poverty, she began publishing under various pseudonyms in journals. In 1873, Christen regained financial security by marrying a merchant, Adalmar von Breden.

Austrian writer Friedrich of Saarland helped Christen get her first book of poems, Songs of a Lost Girl (Lieder einer Verlorenen) published in 1868. The book became a sensation and was published again the next year. Christen wrote three more volumes of poetry which denounced social and moral discrepancies These books also caused public debate and found support and criticism.