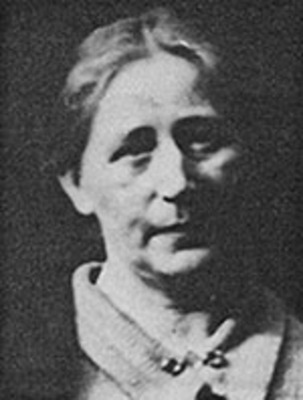 Adelheid Cramer was born in 1874 at Brieg/Schlesien in Germany (today Poland). She moved with her husband Ludwig Cramer to South West Africa (today Namibia) in 1906, just two years after the end of the Herero Wars. There they bought the Otjsororindi farm at the Black Nossob. In 1912 Ludwig was convicted of assault and battery of his African farmer workers. He died in 1917 in a blasting accident and Ada was deported back to Germany in 1919, and died in 1962 at Aerzen in Germany. Of their four children, three stayed in Namibia and one became the popular writer Ernst Ludwig Cramer.

Cramer’s only book, “Weiß oder Schwarz,” was written in an attempt to justify her husband’s crimes and denounce what she perceived as a lack of support for white settlers from the government. Her memoir shows the social conditions prevalent in the German colonies, the dreams of new settlers and the struggle between them and the natives. Weiβ oder Schwarz: Lehr und Leidensjahre eines Farmers in Südwest im Licht des Rasenhasses is a good example of the German imperialistic mentality of the time and how this, by assuming Africans to be in a child-like stage, justified the right of paternal chastisement exercised by white settlers.