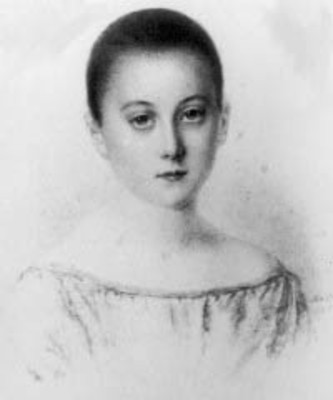 Gisela von Arnim (also Ottilie Beate Gisela Walburgis von Arnim) was born on August 30, 1827 as the youngest child of Achim and Bettina von Arnim. Though Gisela did not receive a formal education, her mother served as her tutor. During her childhood she read Romantic poetry, which was on a decline at the time, and fairy tales, especially works by Wilhelm Hauff. Inspired, she began writing her own fairy tales. She and her sisters began the “Kaffeter circle”, which became a full literary salon which included young women, a few men, and honorary members such as Hans Christen Anderson and Emmanuel Geibel.

Gisela married Herman Grimm, an art historian and Germanist, in 1859. She wrote plays, fairy tales, and other items during her literary career. In 1888 she travelled to Rome in an attempt to cure her heart condition. She died in Florence on April 4, 1889.