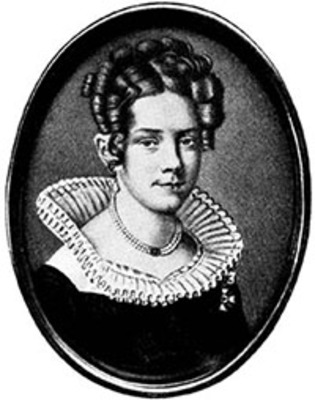 Philippine von Cramm (Philippine Wilhelmine von Griescheim) was born in Köthen on June 25, 1790. She was one of three daughters of Heinrich August Ernst von Griescheim and Elisabeth Friederike Sophie Luise of Cornberg. In 1808 she joined her father as a chief steward for the Duke of Anhalt-Köthen. She met Albert von Wedell, an officer, and became engaged to him for a time. She eventully returned to Braunschweig in 1815 and married the chamberlain Philipp Lebrecht von Cramm and had a daughter. The marriage lasted until his death five years after marriage.

Philippine focused on her memories, which she showed in letters, of the war experiences of her youth and the loss of her fiancé. She died in 1881.