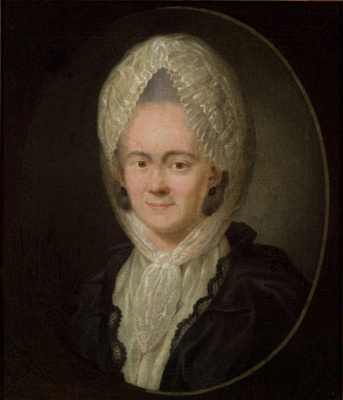 Born in Kaufbeuren on December 6, 1731, Sophie Gutermann received a thorough, strictly Pietist education under the auspices of her father, including topics such as astronomy and history, which were usually excluded for girls. At 15, Sophie became engaged to Gian Lodovico Bianconi, a doctor and scholar from Bologna, Italy, for whom the further education of his fiancee retained first priority. After the death of Sophie's mother, the girl's father forced his 19-year old daughter to break off the engagement, since he and Bianconi could not agree on religious questions. Following a brief engagement to Christian Martin Wieland, then still a student, in 1753 Sophie entered a Vernunftsehe with Georg Michael Franck von La Roche.

This relationship brought Sophie von La Roche into contact with the court and refined society, and created an environment in which her intellectual and literary abilities could flourish. Her salon became a gathering place for prominent authors and intellectuals; she also carried on an active correspondence with prominent eighteenth-century authors. Later in life, she traveled widely as one of the first German woman to travel independently. A prolific author, La Roche published a wide variety of works, including travelogues, epistolary novels, moral stories and articles. She died February 18, 1807 in her 76th year, a celebrated author, and yet embittered at the refusal of the younger generation of poets such as Wieland, Schiller and Goethe, to value her literary achievements.