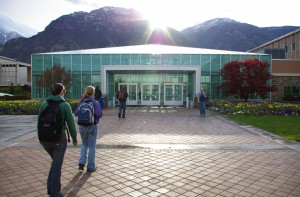 Perspectives on Knowledge: An Analysis of Libraries in Visakhapatnam, India

India is a country of extremes: from the sweltering humidity of the southern coast to the frigid temperatures of the Himalayas, from intense poverty to lavish wealth, from a culture steeped in tradition to an economy driven by modern technology. Visakhapatnam provides an interesting window into the conflict of modern versus traditional. Not only can this be seen in its rapidly growing metropolitan landscape, but when one looks deeper it is also reflected in the attitudes of people. While there are a variety of ways to understand the interplay between traditional and modern thinking, studying how people view, value and seek knowledge can provide a unique perspective on the two different extremes existing in one city. And what better way to study knowledge then by studying libraries which some scholars refer to as “temples of knowledge.” In fact, libraries in Visakhapatnam reflect two exceptionally different perspectives on learning and knowledge. The Ramakrishna library is an example of a more traditional approach to knowledge while GITAM University’s library and Just Books, a small subscription library, present a modern understanding of knowledge and its purpose.

Visakhapatnam’s rapid growth has highlighted the extremes of India’s traditional heritage and the modernization that is quickly following technology and globalization. Subba Rao, a former mayor, described the change as a “metamorphosis from a town that had little to boast of other than a shipyard and a steel plant, besides the university, to a bustling mini metro.” He continued on to explain that this change “has come with the arrival of people from different parts of the country to give Vizag a cosmopolitan ethos.” This dramatic change from farmland to city is made apparent when palm leaf huts are less than a mile from western cafes featuring free wifi and air conditioning. Among the many businesses and buildings that are included in this explosive growth are libraries and they come in a variety of forms such as government libraries, for profit libraries, academic and religious libraries. Distributed throughout the city, these libraries provide access to books and other resources in a variety of ways to an even more diverse group of patrons. While they represent a wide population and their information needs, these libraries also reflect two exceptionally different perspectives on learning and knowledge.